Stucco has become highly valued for both commercial and residential projects due to its attractive appearance and the low maintenance required compared to other siding systems. Maintaining stucco is easy and requires very little effort and time. If dirt or other debris accumulates on the wall, simply hose it with low pressurized water and scrub with a soft brittle brush. We at TW Construction specialize in both traditional hard coat stucco and synthetic stucco, also known as EIFS. We do stucco work for all types of projects, including new construction, additions, remodels and repairs for residential, commercial and government big and small, including installation on ICF blocks. We can also do projects such as mail boxes, garbage enclosures, light posts, custom signs, walls, outdoor kitchens, columns, balconies and window and door trims.

Applying stucco is an art that requires patience and a fine eye for detail in order to achieve magnificent results. Always choose a contractor who is certified, licensed, insured, able to provide a written contract and has an established presence and a solid work portfolio. We at TW Construction always install stucco the right way, including with kickout flashing, with backer rods and with caulking that we can match to the color of your stucco. 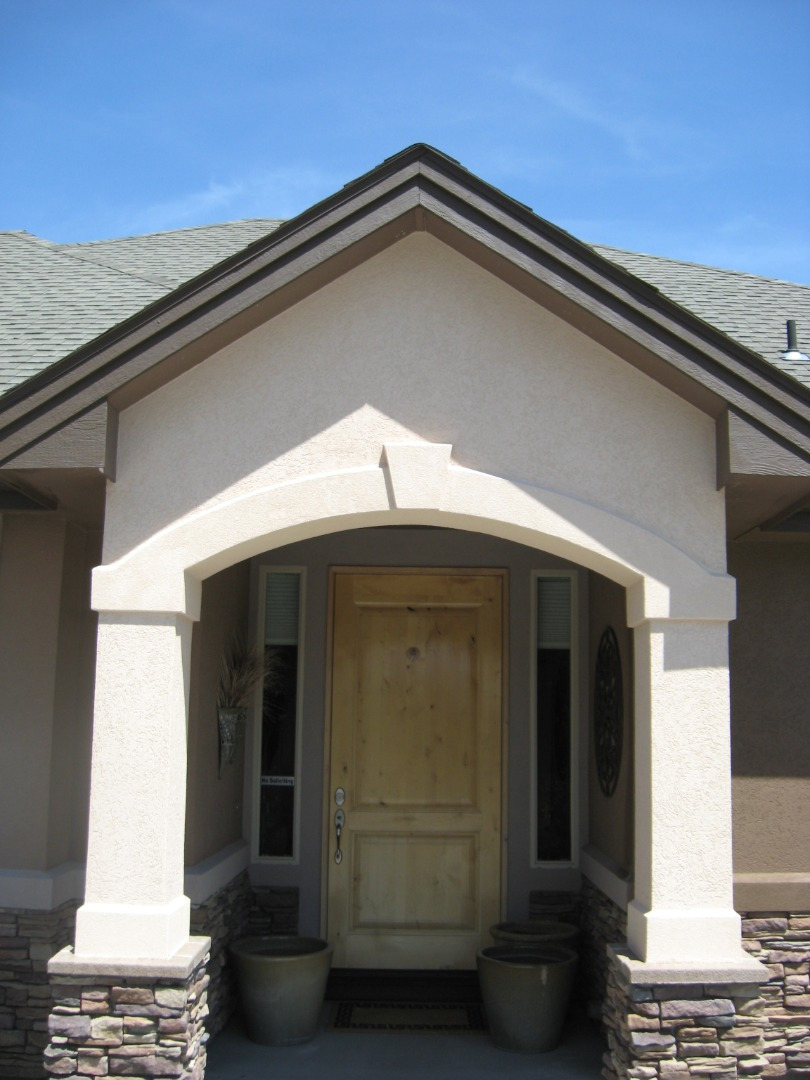 Traditional Stucco
Traditional stucco, also known as hard coat stucco, is a centuries-old wall cladding system that is made from a mixture of Portland cement, lime, sand and water. Acrylics and fibers are added to add strength and help prevent cracks. Traditional stucco will consist of three layers:

Synthetic Stucco (EIFS)
EIFS, which stands for Exterior Insulation and Finishing System, is also known as synthetic stucco. An energy efficient system, it is highly valued for its elegant appearance and insulation value, known as R-value. EIFS can reduce air infiltration by as much as 52% compared to traditional stucco, wood siding and brick. EIFS can come in 3 main types of foam each with its own R-value.

EIFS can also be reinforced with an additional layer of both base coat and fiberglass mesh to improve its resistance to impacts.

In addition to reducing energy consumption, its visual appeal and its light weight, EIFS also has the benefit that it can be crafted into various shapes and designs, such as keystones, bull noses and trims. It is this ability of EIFS to add architectural elements to your home that also makes it very desirable. It also tends to crack less than traditional hard coat stucco. 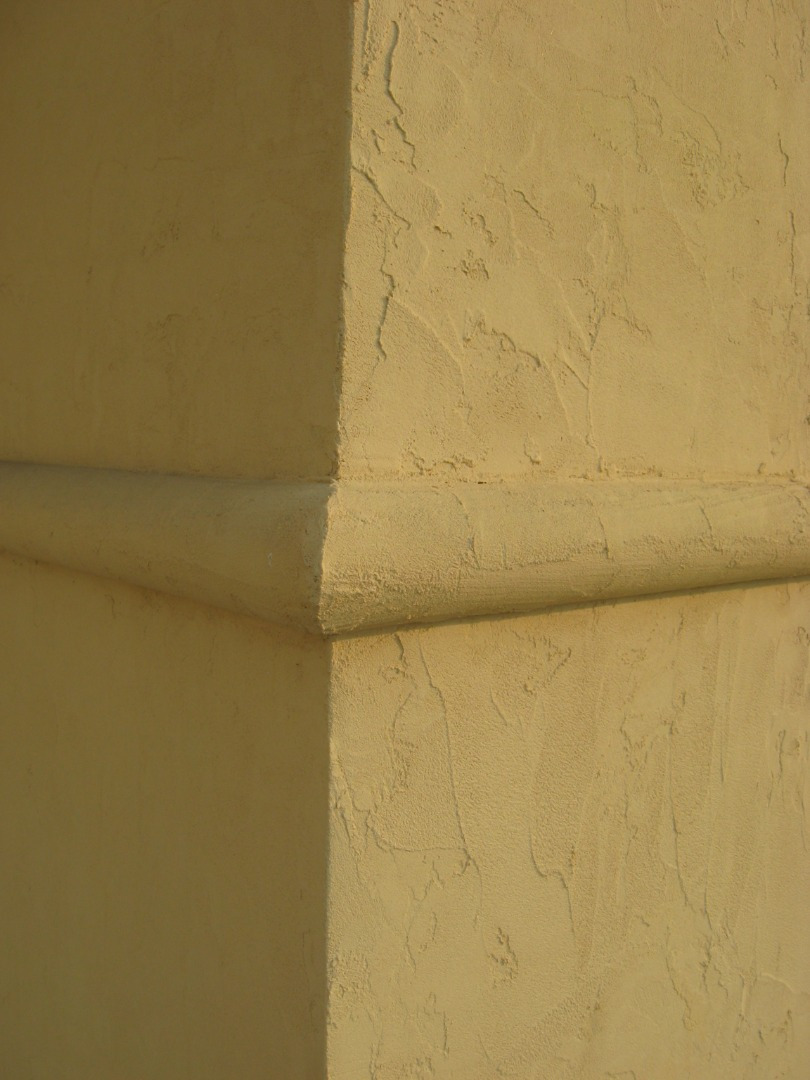 Creative Stucco
As professional artisans, we at TW Construction specialize in the construction of many creative stucco pieces, including stucco columns, balustrades and domed ceilings to add that feel of class and richness to your project. Whether you are welcoming family and friends to your home or customers to your place of business, stucco is sure to impress. We can also add decorative accents and architectural elements to your stucco to express that unique personality. 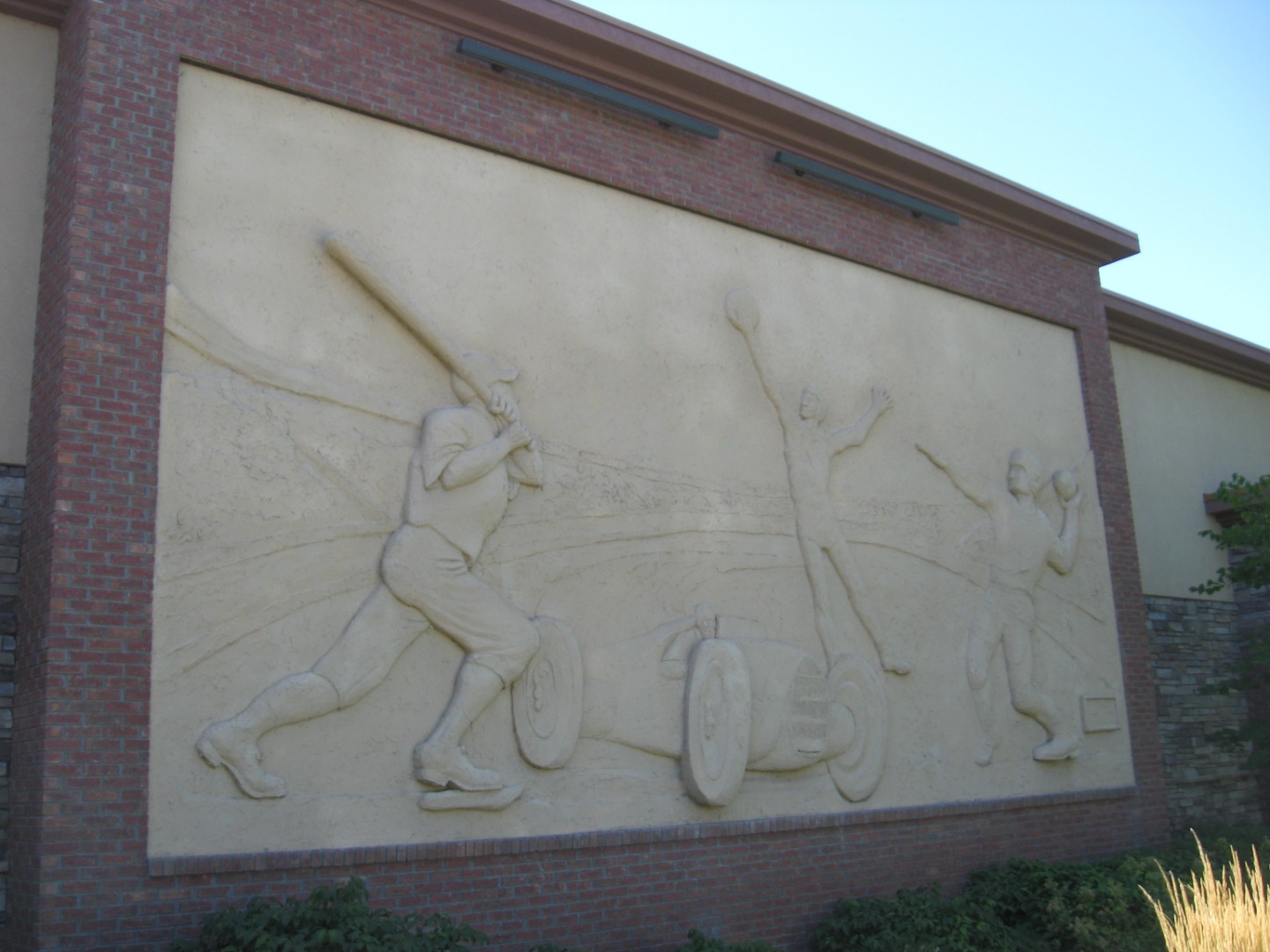 See more of our Portfolio »

"We are completely satisfied with the quality of work that was performed on our home by TW Construction. The attention to detail and overall quality was exceptional and we certainly would recommend them to anyone who is looking for professional stucco work."
- Dave & Julie Marczak